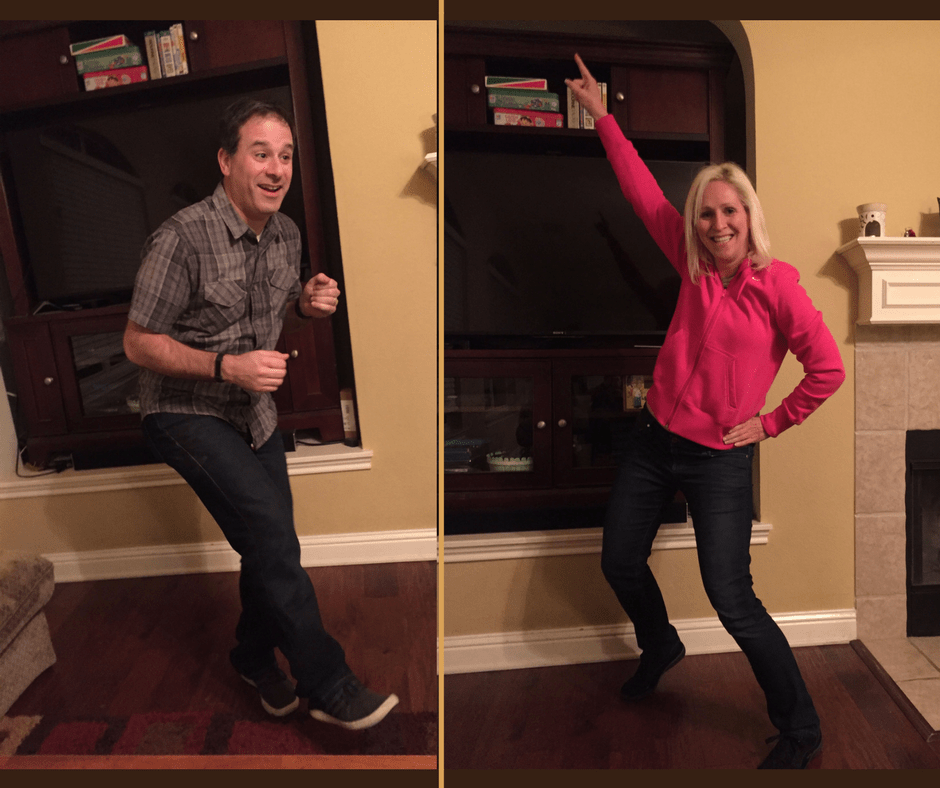 For week 6 of Bikinis in the Snow, we decided to focus on quality time.  Most nights, after putting the kids to bed, Morry and I sit on the couch and watch a show or two on TV.  I’m not a big television watcher, but we mostly do that because we can’t think of anything else to do together.  We know it is important to spend time together, but often after a long day, we just feel like relaxing. 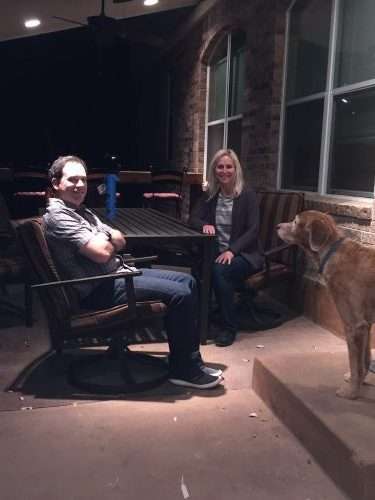 This week we decided to turn off the television and focus on quality couple’s time.  We still sat together, but instead of watching a show we would chat and eat dessert (on one occasion).  A few nights we sat outside on our porch.  Other nights we sat at the couch or kitchen table.

Yes, I enjoyed just talking, but tonight, I wanted to add something fun to our evening.  I came up with the idea of a dance game.  One person would play the first few seconds of a song and the other person had to dance.  Yes, I know it sounds cheesy, but it was fun.  A few of the songs chosen were Oops I Did it Again, The Right Stuff, Locomotion, Shake Your Groove Thing, and Footloose.  Sorry, there’s no video of our evening, but here are a few pictures. 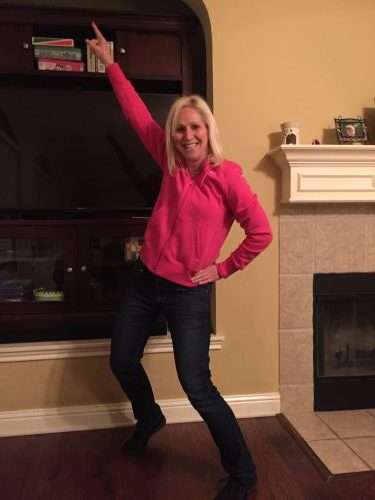 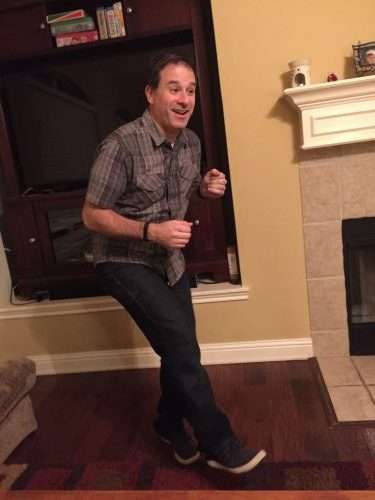 I was looking forward to spending some evenings without the television.  Sometimes, I just feel like quiet, or quiet conversation if I’ve had too much going on during the day.

There were a few evenings where we weren’t sure what to do. I felt like I had to come up with something fun or exciting to do together. Once was got started in conversation, it was nice.

This challenge wasn’t as exciting as some of the others, but I’m glad we did it.  I like switching things up and trying new routines to see what works best for us.

I enjoyed just sitting and talking with Morry, especially on the nights we were able to sit outside.  I would like to do that more often.

I felt like it was tougher than I thought.  Each night we struggled to come up with something to do.  But it was good – we talked and I enjoyed that.  But it wasn’t as fun as some of the other challenges.   The last night, Rachel came up with the idea to have each other pick out a song and the person who didn’t pick out the song had to dance to the song.  That was part of the silliness that came with some of the other challenges.

After the challenge, I felt like it’s hard to find something to do every night.  I felt that even though we couldn’t really come up with something fun, I was still glad we took the challenge.

I learned more than I thought I’d learn in this challenge.  I learned A) that we don’t need to come up with big “things” to do every night.  We don’t need to be doing something all the time.  It’s not like when we were dating and we were coming up with things to do each night like going to dinner, going dancing, going to a bar or things like that.  I learned that B) Rachel and I can still talk.  We have things to talk about.  And we have things to talk about that aren’t just the kids.  And I learned that C) watching tv is not a bad thing.  We don’t do it because we HAVE to watch TV.  We do it because we do want to spend time together and we don’t have to do something exciting each night.  Both of us would be happy to do something other than watch a TV show if we wanted to.  The challenge made us realize if there is a night we don’t want to watch TV or a movie, we don’t have to nor do we feel we need to. 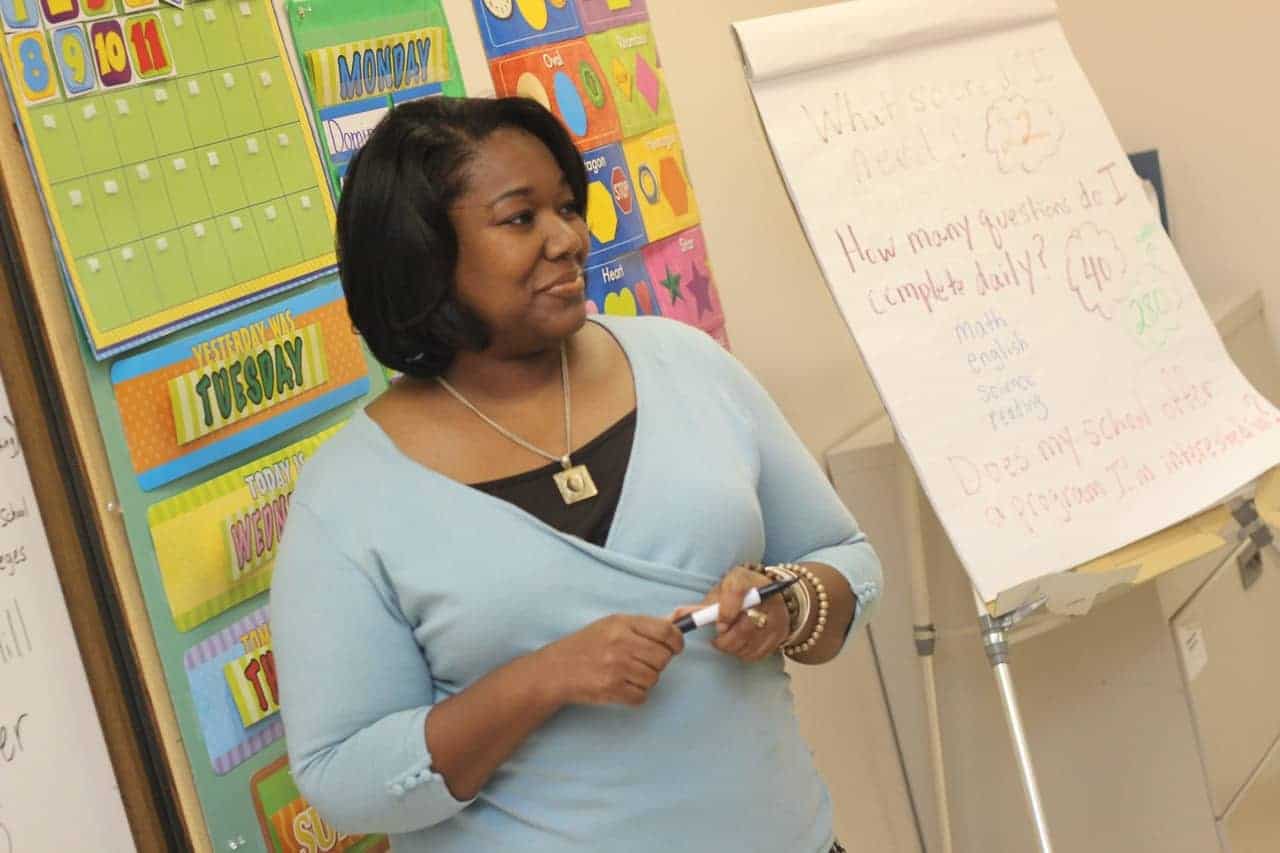 This is a collaborative post about finding a more satisfying job by Ellie Jo. Let’s be completely honest; work is always going to be something that can be difficult, stressful and occasionally frustrating. If it weren’t it wouldn’t be called work, would it? But that doesn’t mean that you should be happy spending all of…

This is a collaborative post by Mary with tips on having cultural experiences at home. While it may not be currently safe to take that much-desired holiday to Europe, you can still get that European summer feeling at home until your vacation! Here are a few ways you can bring Europe to you while in…

Two years ago, at the age of 31 and with 2 young kids, I was diagnosed with breast cancer.  Before I started the surgery, treatment, and chemo my husband said we’d take an after cancer vacation when all of this was over.  I could choose anywhere.  It gave me something to look forward to.  Even… 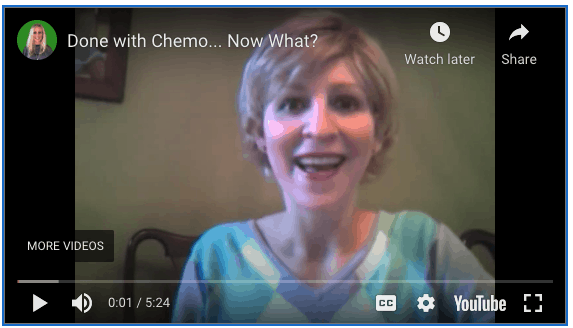 Breast Cancer Update (video) – Done with Chemo, Now What? Some of the links in this post may be affiliate links. If you use them to make a purchase I may earn a commission. Read the disclosure and privacy policy. 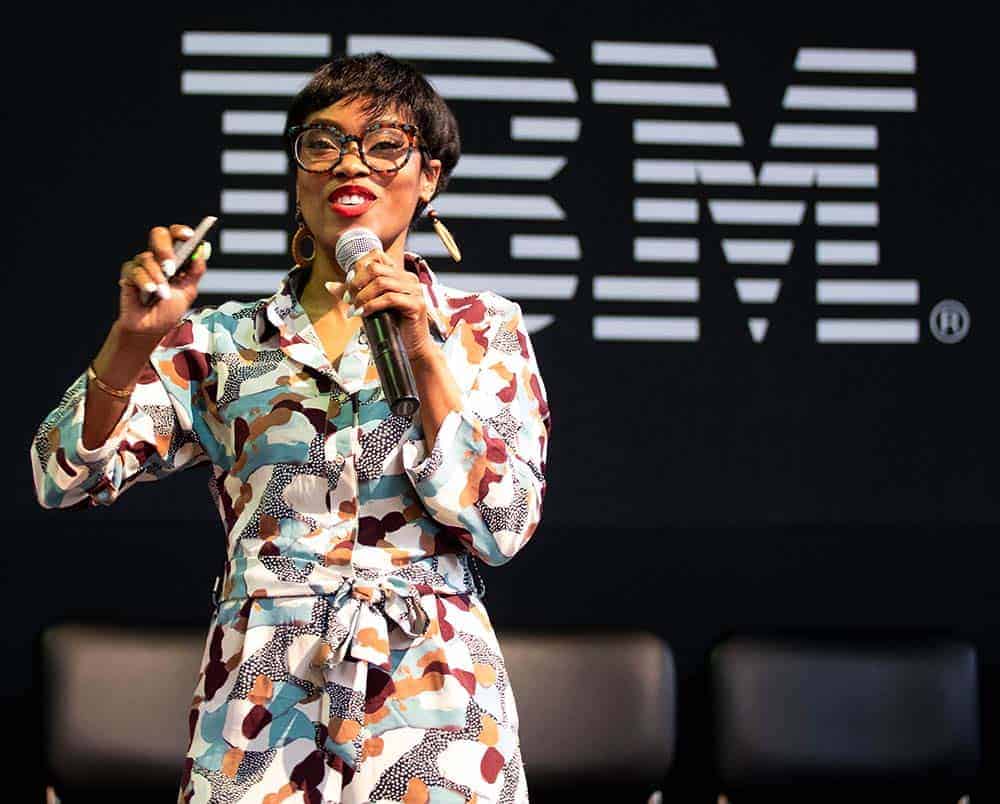 This week for Bikinis in the Snow, we definitely stepped out of our comfort zones and tried something we have never tried before.  We went to a psychic reading. Getting a Psychic Reading as a Couple in Austin, Texas We met with a psychic here in Austin and had lithomancy (stones) and a card reading….